In 2015 while in Kuala Lumpur, Malaysia, volunteering in Bamboo Village, I watched a video of some travellers. What they said caught my attention because their way of living the trip was completely different from mine.

That gave me the idea to tell my own experience and also to make a video with the visual material I had been able to collect so far. Many photographs – almost 70,000 – of which, of course, many may not have the quality, but they are a memory.

I was able to make a few videos, because on my mobile at the time, the recording wasn’t working. Until I was forced by the loss of the old iPhone4 on a bus in Surabaya (Java-Indonesia), I had to buy – and I was able to do so thanks to Flor, a friend who helped me out – a new phone on the same day that the old one was lost. The next video of the trip is likely to have more video images because of that problem.

I began to write the text and reviewed it dozens of times, until I came up with the idea that convinced me and reflected the spirit of the journey. But that wasn’t the only thing, he also had to achieve something more difficult: that it would be maintained over time and not expire with the passing of time. And I think I did, because fortunately the progress of the journey is still a challenge, a continuous learning and I continue to make my dream of living as a nomad come true.

Here is the text, in ten acts, as I thought and wrote them.

When does the moment comes to fulfil a dream?to lose the fear and look at life in the face?
and wonder …
Why not?
What do I have to lose?
and
What I can win?

Then, you tell your self…
From deep inside.
It is time,
what I always waited for
and for which I have prepared,
from my rebellious youth,
when the wind carry me.

Before  speed was my weapon,
Now I travel the world without haste,
Which I have shown to myself, it is the best way.

I have traveled 30,000 km
that haven’t exhausted me
On the contrary,
I feel more alive,

I live in the present
I have lived the past
the future I‘m doing it
in a trip with out any hurries
which is my way.

I have crossed borders and have lived them.
Some were simple
full of brightness,
as in Iran, where soldiers
said good bye with tea and I confirmed
that in my countryand in my previous world,
I had been lied to.

Others have been an ordeal,
but I’ve achieved them;
I got carried away by the good sense
and even the soldiers laughing at the end, told me…
have a good trip outsider, enjoy your fate and be welcome.

The land has been my road,
I have crossed deserts and rivers,
mountains and steppes,
cities with more or less brightness
jungles and paths
towards what is my destiny.

From the perspective of a bus’ window
or a train’s, for many hours
which in my previous life’s  speed
I could not have imagined,
or endured.
Walking and suffering
but with a goal that I had chosen.

Now is the turn to cross seas and oceans
reach uncharted ports.
I’ll plough the heavens, and it won’t be often
I want to enjoy the ride with all senses
and live this adventure,
an unhurried world tour
which is what I have chosen.

Having a tight budget,
has also helped me
to find the suitable place
in shelters or flats
to take my backpack off
so that the sacrifice isn’t as much.

Knowing people, from their essence,
with which their full heart, has within
although their pocket, is half empty.

They have been a stand on many occasions of the trip
I warmly thank them all.
May their hearts  stay full and that they make me discover
that in the world
still shines
and the light has not been extinguished.

As a Volunteer I have learned
To work the tools and what physical effort is
it has helped me to know better
the human body, because I have felt it..

Now unhurried, I notice that my spirit is calming down.
I like to travel alone,
in the loneliness of the trip I find myself,
although it is true that I never discard
a potential friend,
to help to discover, understand and prepare
the ground which will be my destination.

The dangers have not appeared
I move confidently
in unfamiliar terrains.

I am fascinated
by the beauty of cathedrals and churches,
mosques and temples
and what you breathe inside.
It’s not always what I expect,
although I had imagined it.

Christians from both sides
Muslims, who are also divided
Buddhism , that I believed it will help me to discover something new
but I see the same.

Therefore I will continue with my creed…
None!

But with the soul and the spirit clean
what more creed do you need to be,
a good guy.

In bazaars and markets I have enjoyed as a child
colors and smells, sometimes stale and sometimes of death
but also bright
with more colors than the rainbow
that I’ve also have lived.

To cook all these dishes,
spices and fruits,
mix and match
cultures and tastes.

To teach… and learn, in the end
that’s what in this trip is decided.

Feelings that come suddenly,
make it seem as if I have already lived it
maybe it’s a problem with my mind,
abuses pass a bill I say to myself
or maybe life is telling me
this is your way, you have lived it,
only now
let yourself go and live what I offer you
It is a dream that you are fulfilling
and that you’ve chosen.

A dream come true, that will make me forget
the fears and hatreds,
and teach me to respect life
to reinforce the spirit,
who one day I had almost lost.

And it will be forever,
a good memory of my nomadic life,
that will revive with photos and videos
landscapes and people
that I meet along the way.

Write and tell the adventure,
also with the greatest of affection,
in my blog
you can follow and thus live with me
this leisurely trip
that invites you to dream and
fulfill a asleep dream.

To all those who have always been there
those who have recently come
and those that will come, I dedicate
this writing that came from my soul,
doing, unhurried,
a world tour …
because I think I am fulfilling
a dream I had inside of me.

The video with the spirit of the journey

And this is the result, which I put on with the music that a Madrid band called Chico Diablo kindly gave me. At my request, they also transformed it into instruments so that I could include my voice by reciting the text.

The photos and videos that accompany the sound are all mine, collected during the almost two years I had been travelling between France and Indonesia, where I finished editing.

Thank you very much for getting here on this page. I hope you liked the video, it means that you liked the text too. I hope it helps you to dream and fulfill your dream.

Back to the text 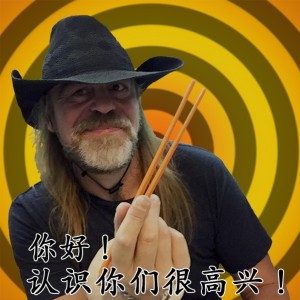 Help others to travel with me. Thank you for sharing.

Responsible: Fernando A. Rutia
Purpose: I will use the information you provide in this form solely and exclusively to send you my articles.
Recipients: Your data will be stored in MailerLite, my subscriber manager, which also complies with European RGPD.
Rights: You have the right to forget. You can limit, retrieve and delete your information at any time. Ask and you will be granted.
Legal Notice: Through this link you will be able to read our web policies

Thank you for contacting me. I’ll get back to you shortly. Good trips.

Web designed with ❤️ by 🌎 by Fernando Rutia

Not cumulative - Not valid for discounted or promotional clothing - footwear - child - accessories. applicable only until the end of promotion and only valid on the web.